The latin meaning of spectrum is image, ghost, spectrum, which is also used for the spectrum of light. Hodie again from Latin means today, so the project refers to the manifestation in the contemporary of an image.

I started making these shots three years ago, during a trip to Ireland for a documentary I was shooting. I felt the need to make images that didn’t require too much effort to understand, that could be immediate and capable of disturbing what I often call sleep. No manipulation but a bell, a wake-up call on the conditions of our planet, but first of all on the conditions of each of us who lives in the “rich” part of the world.

The shots that follow are therefore born with the intent to highlight a paradox: the aesthetic beauty of places and their ethical corruption, intrinsic.
Pollution is almost always invisible and penetrates us from different sides: fine dust, glysophate, groundwater and springs, chemical residues, toxic waste, mercury, refining, viruses. These enemies pollute us causing different reactions and consequences in our daily life.

I made hundreds of shots with Maria Vittoria Lensi as Bellymore, a heroine who represents behind the mask the last woman, an awake being, a bulwark of conscience, of hope, of resistance. The ancient Greeks spoke of ‘Sophrosyne’ to mean wisdom and temperance, the root of which is in the verb “sozo” meaning to save and the noun “fren” meaning soul.

These shots intend to call attention, as indicated by the ancient Greeks, to the salvation of the soul because if we do not take care of our interiority what is outside will take us away much sooner than we can imagine. 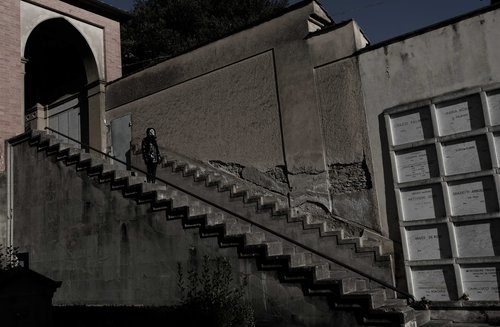 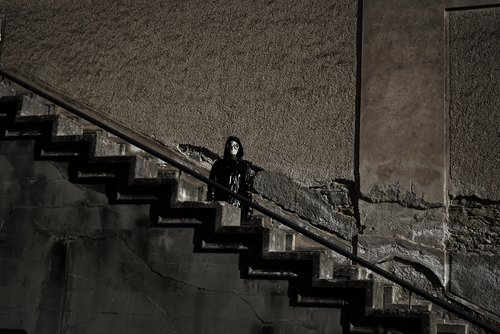 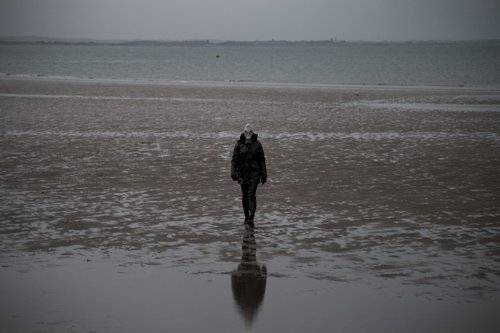 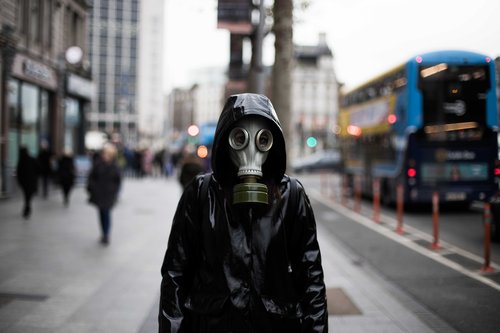 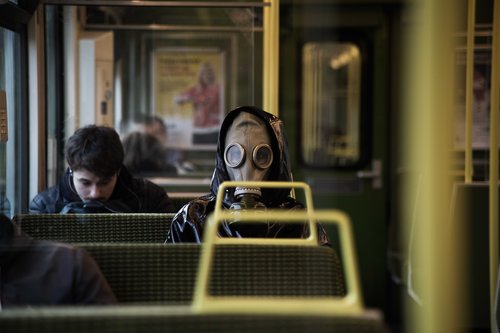 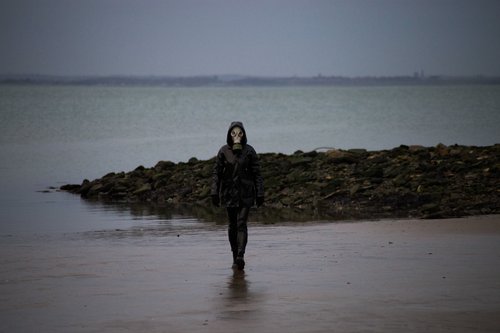 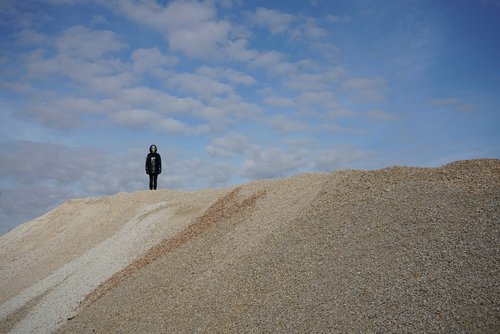 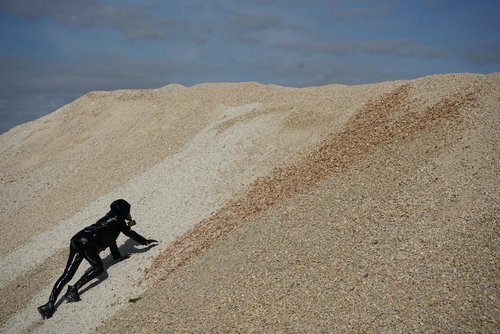 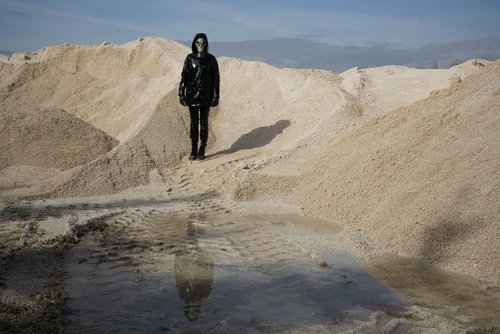